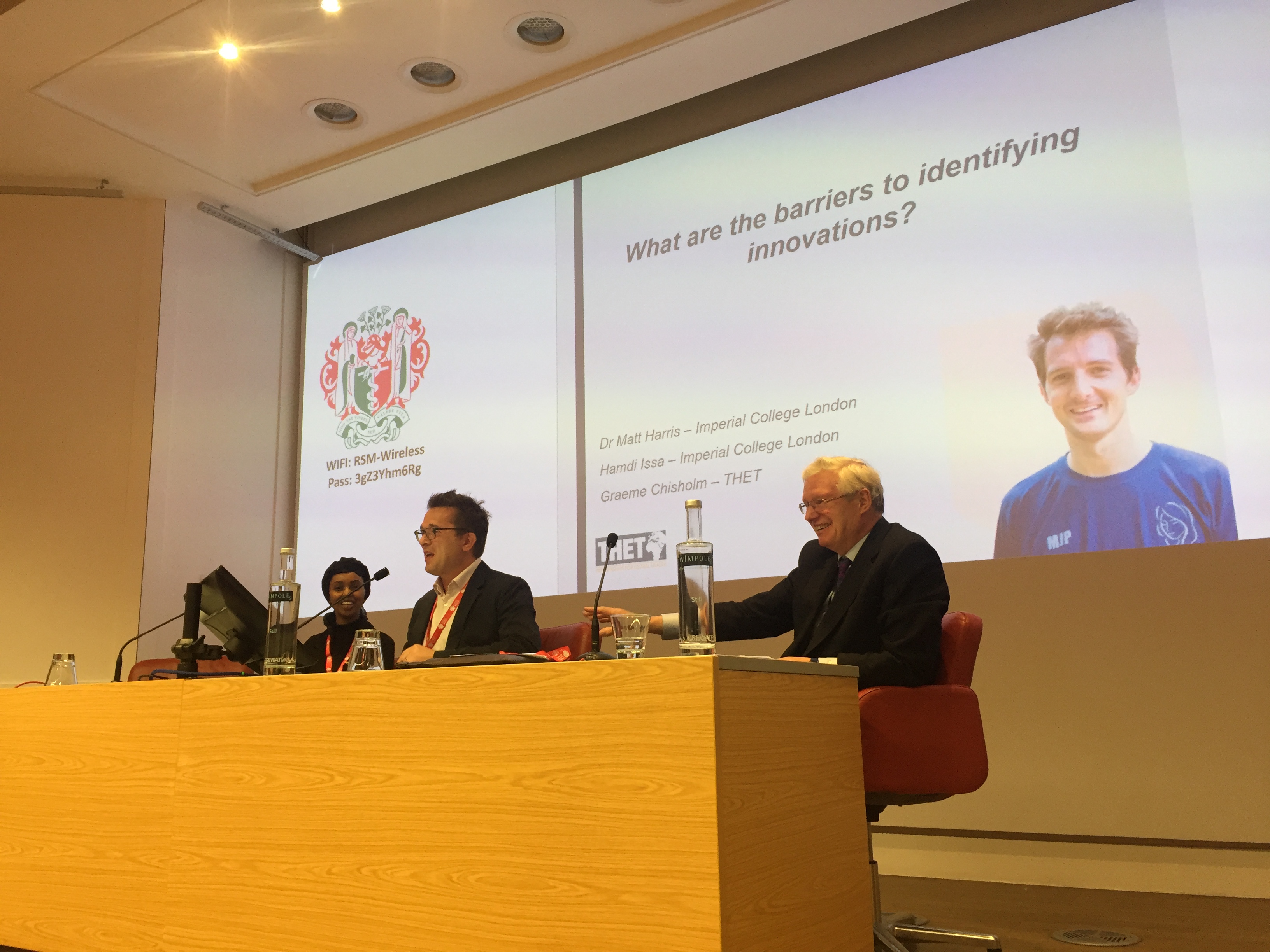 “The innovations that are coming out of low income countries are particularly exciting because they have been doing more with less for longer, and for more people.”- Dr Matt Harris

Hosted by THET at the Royal Society of Medicine, Global Health Innovations: Bias, Barriers and Breakthroughs brought together 120 innovators, global health enthusiasts, practitioners and academics in an afternoon of insightful inquiry. A further 60 people attended from across the world via the RSM live stream.

The event referenced the recent launch of THET’s Health Innovation Platform, which seeks to document examples of innovation developed in low- and middle-income countries (LMICs) by NHS staff involved in health partnerships. It culminated in the award of four Health Innovation Fellowships funded by the Bill & Melinda Gates Foundation and Health Education England.

Over the course of the afternoon, we heard from twelve speakers across four panels. We started by asking ourselves what we mean by innovation?

Many interpretations were put forward.  Dr Sara Urassa from the Kilimanjaro Christian Medical Centre (KCMC) defined innovation in the Tanzanian context as an idea or tool that is sustainable, that involves the local population, that widens access to healthcare, that reduces cost, and that is effective without necessarily being complex. She gave us an example, the use of banana leaves as a cost-effective way to dress post- skin graft wounds, currently being trialled through KCMC’s partnership with the Northumbria Healthcare NHS Foundation Trust.

Dr Matt Harris from Imperial College London defined innovation as synonymous with change, stressing the difference between innovation and invention; for an invention to become an innovation it must affect change in practice.

Drawing on an example of innovation from Rwanda where drones are used to transport blood to those in need, Dr Agnes Binagwaho from the University of Global Equity and former Minister of Health, inspired all in attendance by stressing that “innovations allow us to fly.” For Agnes Binagwaho, innovation is a mind-set that requires us to draw on evidence and think outside of the box. 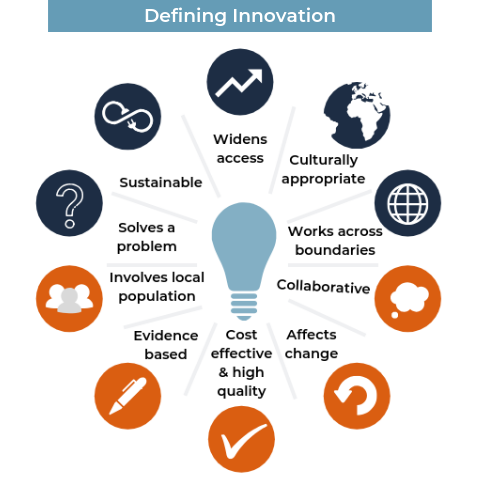 While a universal definition might not exist, the impact of innovation on global health is well recognised. As argued by Dr Shams Syed from the World Health Organisation, referring to his 2014 series in Globalization and Health, “the global flow of knowledge, skills and ideas has been a defining feature of human progress. Health systems of today are a culmination of global innovation flows over centuries.”

Despite this, we continue to face a number of barriers when advancing global innovation in the context of health care delivery systems. These barriers stem from unconscious and implicit biases which are closely linked to post-colonial legacies.

As stressed by Matt Harris and Hamdi Issi, individual and institutionalised biases cause new ideas from LMICs to be overlooked, for good research to be associated with high income countries and bad research with low income countries, and for an assumption to be made that “innovations are good enough for some settings but not quite good enough for other settings.” This barrier hinders progress, creates an uneven playing field in healthcare innovation, and impedes the global flow of skills and ideas – a reality that has become a central focus of Dr Harris’ research. For us to overcome the significant barrier posed by unconscious bias in order to tackle unmet needs which traverse international boundaries, we must build partnerships that are reciprocal, collaborative and which enable joint learning – something that the Health Innovation Platform and Fellowship Programme will allow us to achieve.

The event concluded with the award of  four innovation fellowships to UK health workers looking to foster and develop innovative ideas in Cambodia, South Africa, Uganda and Tanzania. The fellowships will allow individuals to travel to their LMIC partner institution to develop, test and implement their innovation.

THET has also announced a second call for evidence which will see the award of further fellowships and expand the number of innovations documented. We will continue to welcome submissions until midnight on 14th July 2019 via the HIP Submission Form.