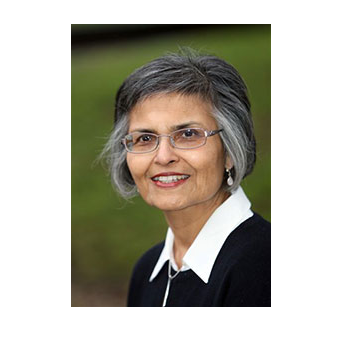 She was born and raised in India, where she decided while still a young girl that she would become a doctor. She studied medicine in Delhi at the height of the small pox eradication era, and was inspired to specialize in public health by the success of the systematic efforts of doctors and their teams to rid the world of this scourge.

While in the UK pursuing postgraduate training, Dr. Rao was recruited to the NHS training programme for public health at the London School of Hygiene and Tropical Medicine. During her training years, she married a fellow junior doctor who became a rural GP in England, and they had three daughters.

In her early career, Dr. Rao spent 17 years as an NHS consultant, and later Director of Public Health for her county. She underpinned her public health practice with research, audit, and development. In 1997, she established England’s first evidence-based cancer network, having persuaded 120 clinicians in her Health Authority to work with her towards this common goal.

She spent six years in India, where she led a number of research and development projects aimed at improving access to good quality health care for the poor. Dr. Rao has worked closely with the Indian and UK governments, the World Health Organization, frontline health staff at primary health centers and hospitals, and other organizations to reform health care policies and practice with benefits to millions of disadvantaged people.

In 2003, she became the Head of Public Health Workforce for England, at the Department of Health, London. Her ‘Teaching Public Health Networks’ program has evolved into the UK Healthy Universities Network.

Dr. Rao is globally recognized for championing climate change action and raising awareness of its impacts on women’s health, and access to safe water and sanitation. She instigated and co-edited the ‘Health Practitioner’s Guide to Climate Change’. Dr. Rao is widely published and is the recipient of a number of awards, including being made an Officer of the British Empire by the Queen in 2013 for services to public health in the UK and overseas.

Working in the @NHSuk? Interested in #globalhealth? Then join our free #GoingGlobal webinar series! In partnership… https://t.co/czhkTXbFWN

📢 We are hiring! Fantastic consultancy opportunity to evaluate the effectiveness of our Health Equity for ALL camp… https://t.co/MCl3pCY3Yl