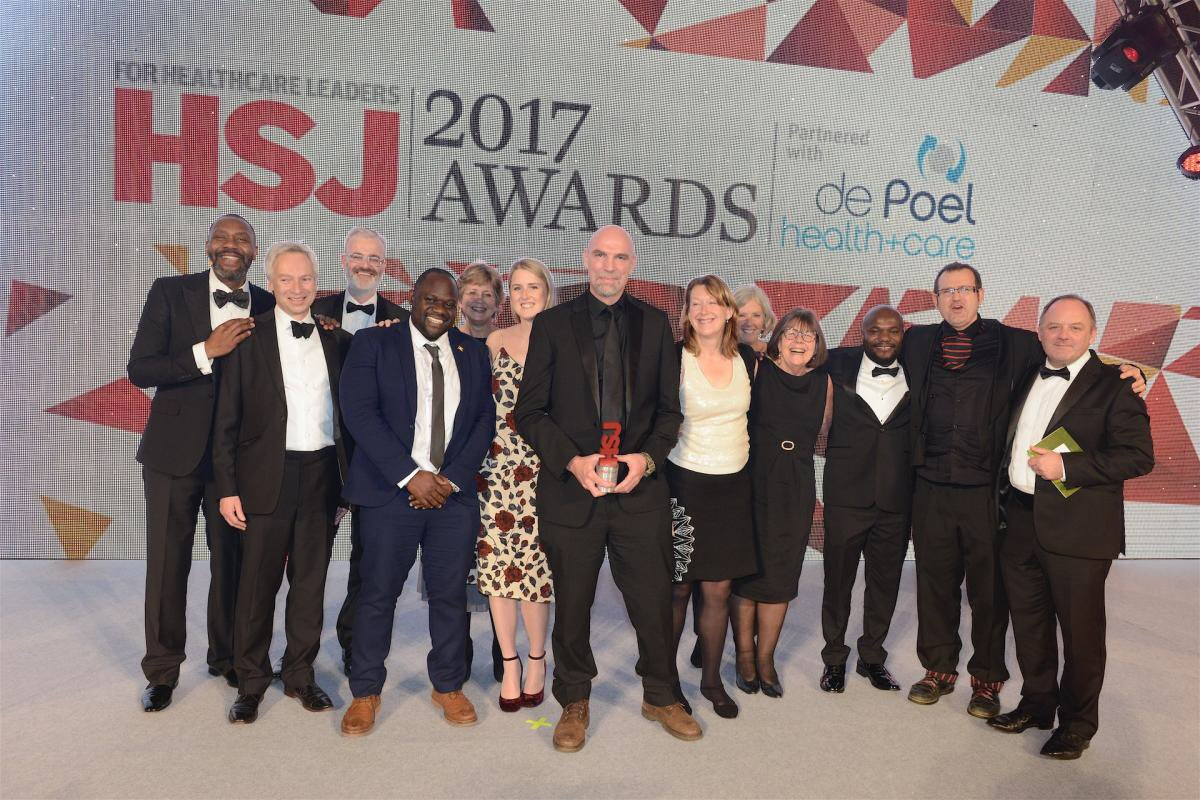 Ben Simms, THET’s CEO, said the partnership was a “true example of the voluntary effort. The exceptional dedication of time over a very long period, partnered with demonstrable bidirectional learning and immense strategic value, has led to the introduction of a new horizon of care for those with mental health issues in Uganda.”

The team from the East London NHS Foundation Trust accepted the award on behalf of the whole partnership team at a ceremony at the O2 Continental in London last night.

The Kings Sierra Leone Partnership also received a High Commendation for their partnership work. Their partnership initially aimed at strengthening the health workforce capacity but when the Ebola epidemic broke in 2014, the team not only remained but grew; ‘the bravery and strategic work they have carried out at the frontline of the response to the Ebola crisis is a true example of the strength of health partnerships and the bonds they form.’

For over 35 years the HSJ Awards have recognised, celebrated and promoted the finest achievements in the NHS, and showcased them to the service’s most influential leaders. This year in partnership with NHS Employers we were excited to launch a brand new ‘International Health Partnership Award’.

The award recognises an NHS health organisation whose international health partnership exemplifies our Principles of Partnership. Our judges sought evidence of strong, respectful and reciprocal partnerships which are leading to demonstrable improvements for patients in low and middle income countries as well as in the UK.

To find out more about the fantastic work the Partnership has been doing please click here.