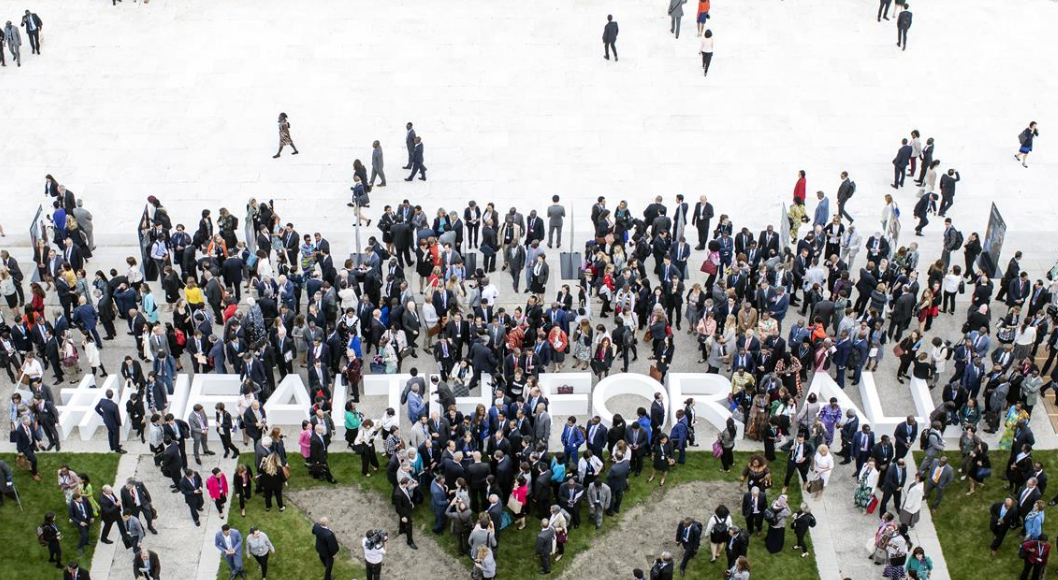 A year into his tenure and Dr Tedros is leading from the front with a brand new 13th General Program of Work, the strategic document that will guide the agency’s work over the next five years. Long on detail, the plan is handily summed-up by Dr Tedros as a way to tackle his “triple-billion goals”:

Many questions remain around how to deliver on this ambition and how to pay for it of course but by agreeing to it the Assembly has signalled its intent.

It was no surprise to see that universal health coverage (UHC) was the thread that ran through the Assembly’s proceedings and the many formal and informal side events that took place across Geneva. Indeed there were some grumbles that the fixation on UHC combined with a ‘slimming down’ in the number of side events meant a side-lining of debate and controversy.

Close on UHC’s heals by way of a unifying theme was the part that community health workers and primary health care play in all this. And with the 40th anniversary of the Alma Mata Declaration coming up which identified primary health care as the key to the attainment of the goal of Health for All many were asking the very pertinent question what have we learned since 1978?

But while UHC enjoyed the limelight many other issues forced themselves on stage, not least Ebola in DRC with a strong initial response led by Dr Tedros suggesting a stepping up by the WHO. Then there was the great debates over the urgency of tackling other infectious disease such as TB and the enormous challenge of NCDs.

THET attended the Assembly to continue to build our official partnership with WHO. We’ve supported the development of their excellent Twinning Partnerships for Improvement initiative and are looking forward to this year’s THET conference contributing to the WHO’s Global Learning Laboratory for Quality UHC. We also have an ambition to run a side event at next year’s WHA.

We also took the opportunity to meet with Ministers and Permanent Secretary’s from our country programmes to discuss how health partnerships have contributed to the development of their health systems and the future part they can play.

We were pleased as well to see the UK delegation playing a significant part in proceedings with Jeremy Hunt the Secretary of State for Health mentioning UHC no less than nine times in his speech to the Commonwealth Meeting of Health Ministers. A welcome shift. And we had fun too taking part in ‘Walk the Talk’, alongside our friends at Nursing Now which was a great ‘Health for All Challenge’ walk (and run!) to help bring attention to simple measures we can take to counter NCDs.