Co-Chair of the APPG Global Health and Independent Crossbench Member 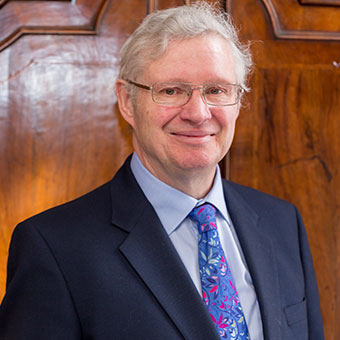 Lord Nigel Crisp is an independent crossbench member of the House of Lords where he co-chairs the All-Party Parliamentary Group on Global Health. He also co-chairs Nursing Now, the global campaign on nursing.

He was previously Chief Executive of the English NHS and Permanent Secretary of the UK Department of Health where he led major reforms between 2000 and 2006.

Lord Crisp is a Senior Fellow at the Institute for Healthcare Improvement, an Honorary Professor at the London School of Hygiene and Tropical Medicine and a Foreign Associate of the US National Academy of Medicine. He was formerly a Distinguished Visiting Fellow at the Harvard School of Public Health and Regent’s Lecturer at Berkeley.

Lord Crisp became THET’s inaugural Patron in December 2018 and has been supporting the work of THET since 2009.

RT @womeninGH: It’s time to end all forms of work-related violence by listening to women's stories! During the #16DaysofActivism we are sha…

🟢It's #InternationalVolunteerDay: have you thought about volunteering abroad but need help figuring out where to st… https://t.co/UPRaJPVsyB