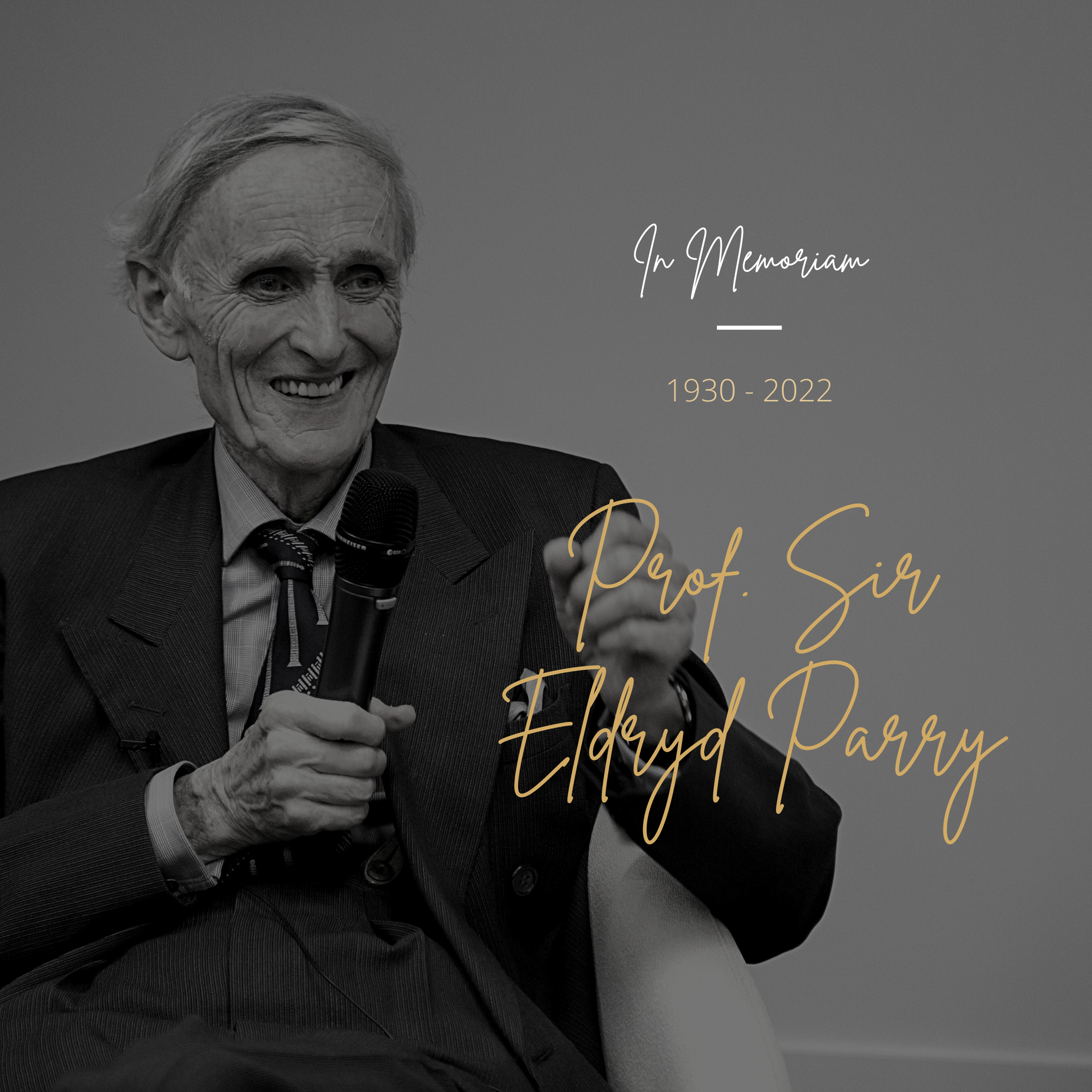 It is with deep sorrow that we share the news of our founder Sir Eldryd Parry’s death this week (13 November 2022). Sir Eldryd leaves an indelible mark on the Tropical Health and Education Trust (THET) and the Health Partnerships community, on those of us who knew him, and on thousands of people around the world during his full, generous, and distinguished life. Please do join us in commemorating his life by adding to our online condolence book. We will share this book with his family, and with the wider community of people who knew Eldryd.

“Eldryd’s gift to us as a staff team was to pass on the original impulse which drove him to establish THET some 34 years ago. He connected us with the health needs and talent across Africa where he lived and worked for so many decades. His insatiable, mischievous, and utterly respectful interest in the culture and ideas of other people was infectious. He was driven by the highest standards, the strongest values, and yet he revelled in our company. We are the better for having known, and listened, to him.” – Ben Simms, Chief Executive Officer, THET.

In 1988, Sir Eldryd founded THET, which he chaired until 2007. The 1990s marked a period of gradual growth for THET. It was during this time that THET was starting to use Health Partnerships as a model for supporting local communities and Ministries of Health in Africa. Sir Eldryd soon realised that the rural patients needed care near their homes. What started as local programmes to serve rural patients grew to country presences in Ethiopia, Tanzania, Uganda, Zambia, Somaliland, and Myanmar, with many individual projects even further afield. Over 30 years later, THET remains inspired by Sir Eldryd and his formative work across Africa: guided by the principles that project work should be responsive not prescriptive, and that if there is mutual trust and a willingness on both sides to learn from each other, good work will happen.

Sir Eldryd was the founding editor, in 1977, of the ground-breaking Principles of Medicine in Africa, a textbook written for practising medicine in African countries and contexts. It is still in print with the fifth edition to be published in 2023. He was an Honorary Fellow at Cardiff University, Emmanuel College Cambridge, the London School of Hygiene and Tropical Medicine, the Royal College of Surgeons of England, the Ghana College of Physicians and Surgeons, a Foundation Member of the Faculty of Medicine and Surgery of Amoud University, Somaliland, and a Fellow of the West African College of Physicians. He was given a lifetime achievement award by the Royal Society of Tropical Medicine and Hygiene in 2007. He received the OBE in 1982 and was appointed KCMG in 2011.

Sir Eldryd is survived by his wife Helen, three daughters, a son, and five grandchildren. He died peacefully in hospital in London.

We will treasure recent memories of him as a guest of honour at our recent House of Lords reception in October and were privileged to have recorded an interview with him at our Annual Conference in October. Sir Eldryd’s legacy is woven through the work of all of us working at THET today and will live on for decades to come.

If you would like to make a donation in memory of Eldryd’s life and work, please click the button below. We are working closely with his family towards establishing a Fellowship for African health professionals in his name, and more details will follow soon.