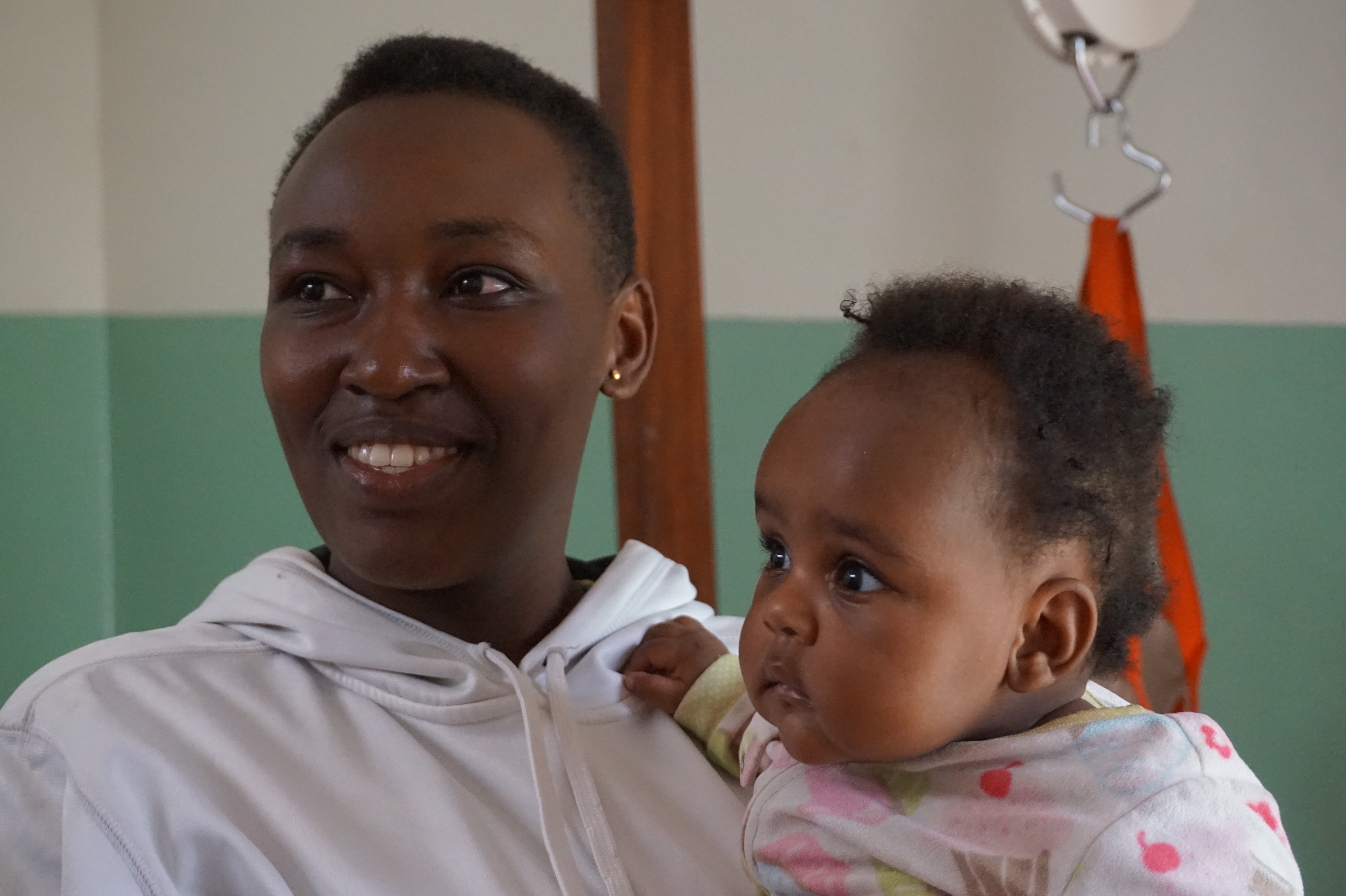 During a recent trip to Uganda, we visited the Early Detection, Prevention and Intervention for Infants at High Risk of Developmental Disability in Western Uganda project at Kyaninga Child Development Centre (KCDC) in Kabarole District.

In Uganda, the main burden of caring for a child with disability falls on the mother, which can have substantial social, emotional, physical and financial consequences.  There is a pressing need for knowledge, care and support for affected women. During the visit, we found out how the project is empowering caregivers by improving knowledge and skills to enable them to care for their child as well as providing opportunities to share experiences with other similarly affected mothers, helping to offset the stresses they experience and improve their ability to care for their child.

We hear the perspectives of Rachel Lassman, Occupational Therapist at KCDC and one of the project leads, as well as Vedie Rehema, an Occupational Nurse Therapist responsible for delivering the project. We also meet Beatrice, a grandmother and care giver who attended the Early Intervention Programme (EIP), a 10-session parent group that uses a participatory learning approach and covers a wide range of topics to increase parental knowledge and skills in caring for a child with developmental disability.

“I have seen an improvement, because at first, he had bad seizures, but when he came in for the intervention for seizures, we really managed…. Because Godfrey was so tight, the arms, the legs, but right now I feel he is doing well.”

Beatrice, Grandmother and primary carer of Godfrey explains that she was worried when her grandson did not appear to be developing as expected, but says that through the EIP

group she has “really benefitted a lot because I’ve been told what has happened to Godfrey, he has a lot of damage in his brain, and I am motivated to continue coming.” Godfrey suffers from Cerebral Palsy and experienced challenges in feeding which resulted in malnourishment and low weight. Beatrice received training in feeding, and this along with other therapies that Godfrey has received –  such as speech and language therapy – have meant that he has grown stronger and is working towards sitting up.  Beatrice feels there is now more understanding in her community of Godfrey and other children with disabilities to the extent that there is support from a neighbour who has learnt how to step in and care for Godfrey with physical therapies when Beatrice is busy.

“When we got the funding for the intervention programme that was really great. I got involved because I was responsible for general feeding. Professionally I’m a nurse, but I got training in feeding and have since become the expert in feeding here.”

Vedie Rehema, an Occupational Nurse Therapist, who was also involved in Godfrey’s care, tells us about her experience at Guys and St Thomas’ where she received training through the partnership in what she describes as an “amazing trip.” Despite the differences in resources (in her facility in Uganda there is no video endoscopy to see how well children are swallowing) she acquired knowledge that she has been able to implement through finding innovative solutions to a lack of equipment: ‘there was one child who needed to use a straw to suck, and we don’t have those bottles here, the ones with straws to suck on. So, we used a bottle with a nozzle and put a straw in it and it worked. The child is now well and he is sucking on the bottle very well.’

The project has seen more uptake of services among parents with children under the age of two, a sign of increased awareness of the importance of bringing a child to a clinic or health centre, which Vedie Rehema describes as “a huge change.”

“I see a big difference on a community level of mothers saying ‘I know a child like that’ and a lot of our referrals come from friends, so it’s definitely something that people are starting to feel able to start to talk about. And to talk about it in a more hopeful way, which is incredibly powerful.”

Rachel Lassman, an Occupational Therapist at KCDC, believes that the success of the project lies with the teaming of midwives and therapists in order to improve early identification of disability and to develop an early intervention programme. She explains ‘We’re a team of therapists who work with children with disabilities, we are not responsible for small and sick new-borns. So it has been really good to get the midwives making the link between the babies that need resuscitation and what the potential impact is, what happens afterwards and the long term consequences.’

As well as the sharing and development of clinical knowledge, part of the partnership’s work is concerned with outreach and access to the programme and community attitudes towards it. Rachel has observed a big difference on a community level with more mothers claiming to know “a child like that” and a lot of referrals coming from friends, which she sees as signs that people are starting to feel able to start to talk about it. She attributes this to mothers and caregivers attending meetings and becoming better informed, enabling them to share what they have learned and challenge stigma gently at a family and a wider extended family or community level: “I sat in one of the final groups yesterday and one of the mothers was talking about her son and using her story as an example, that’s what has an impact on the women seeking help and wanting something better for their child.”

Rachel acknowledges that behavioural change needs continual input, though there have been some successes. Whereas previously a healthcare worker might be aware that a child had a disability but it was the ‘elephant in the room’, ignored because there was nothing to offer the parent, now there are a lot of passionate healthcare workers who have embraced change and are enthusiastic to help. While a lot of the programme was initially inadvertently geared towards women – as it is mothers and grandmothers who mainly do the caregiving and most healthcare workers who are trained are women – there is a recognition that fathers also need to be on board. The attendance of the occasional father in the programme, who can potentially act as a role model to other fathers, is a welcome change.