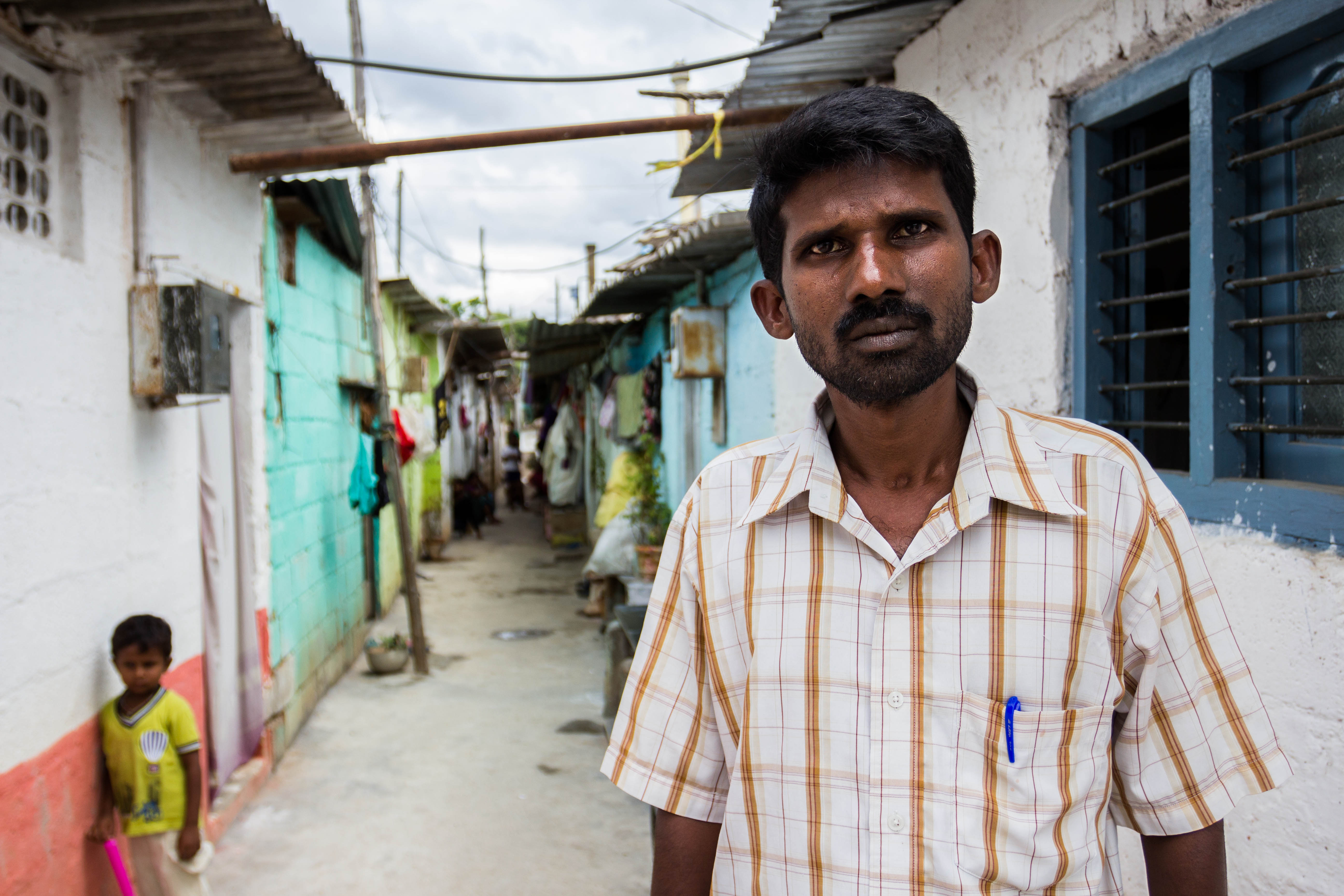 A health partnership is training nurses in Mysore, India to be able to assess and diagnose mental health disorders in those who attempt suicide.

Away from the busy streets of Mysore, Govindaraju looks out over the plot that he once called home. All the buildings, including his, have been demolished, leaving nothing but dirt and rubble. The scene is a metaphor for much of Govindaraju’s life. He was once a successful entrepreneur with multiple businesses, but things started to go wrong. He found himself with increasing debt problems, unable to pay back loans he needed to support his family and businesses. The subsequent depression and sense of hopelessness meant he felt he had only one option available – to end his life.

Govindaraju drank pesticides, easily found in both rural and urban communities in Southern India, and collapsed. The effect on the body is extreme: neuro-muscular paralysis, meaning the lungs and diaphragm stop working; muscles go weak and breathing starts to deteriorate; excessive excretions and defecation. Govindaraju’s mother found him on the ground and called for help. He was rushed to the nearest government hospital and spent 21 days on a ventilator in ICU before regaining consciousness.

Govindaraju’s story is a common one not only in India, which has the highest rate of suicide in the world, but globally, with suicide being the second biggest killer for 15-29 year olds. Mental health disorders are present in the majority of those who self-harm and attempt suicide, but in places such as Mysore, southern India, where Govindaraju lives, there is a serious shortage of psychiatrists. 2000-2500 people are referred to just two doctors each year after suicide attempts and outside of psychiatrists there are no mental health trained professionals, as such, most patients never receive the care they need after a suicide attempt. The first six months after an attempt is the most likely time for a patient to attempt suicide again so it’s crucial that interventions are made by trained mental health workers.

Mentally we are upset after discharging, we are upset more than when we are taking the poison. So many times I felt like taking poison again. There are a lot more problems now than earlier. I can’t tell anybody what is happening – Govindaraju.

A health partnership, supported by THET under the Health Partnership Scheme, between Edghill University in the UK and Holdsworth Memorial Hospital in Mysore, India is working together to train nurses to do mental health assessment and diagnosis on patients who have attempted suicide. UK project leads Steve Jones and Paul Keenan are working with local psychiatrists Dr. Krishna, Dr. Rajgopal & Dr. Karat.

Nurses in India are trained to deal with physical health problems but not mental health; however, nurses are the largest workforce, are usually the first point of contact, and spend the most time with patients so there is huge scope to develop the mental health skills and knowledge of nurses, helping to ensure that self-harm and attempted suicide patients do not fall through the gap with their needs going unnoticed.

I think suicide is a huge concern both for the West and India. India has a higher rate than the UK, but the problem is similar. And one of the things that separates India from UK is the lack of mental health provision in India, people can fall through the net – Paul Keenan

The team have developed a comprehensive series of training modules that address both mental health skills, competencies, the legal issues, the issues around stigma and the issue around care giving and the support given to care givers. The first session took place in July 2015 and was attended by 100 nurses, including student, staff, senior and community nurses.

There is an important train the trainer element in which the team will train Senior Nurses who can continue to do the training beyond the THET grant period so the benefits of the project are sustained and can be rolled out across other hospitals in the future.

We felt we really needed to focus on enhancing the mental health skills, competencies and expertise of the nurses but in addition also try to create an environment where nurses are actually the champions on the ward and mental health services would be nurse centred in Mysore. – Dr. Krishna

Many of the modules are heavily centred around knowledge and attitudes. Negative attitudes towards those who attempt suicide are common among the general public and stigma is a big problem. Often times the stigma and shame of having attempted suicide is one of the factors that pushes people to do it again. Early in the project the team conducted a knowledge and attitudes survey among 760 health professionals. Less than 5% reported that they had any specific mental health training. None of them had specific training about self-harm and self-harm survivors.

We will provide more structured factual based information about self-harm and self-harm survivors to the nurses with the key message that it is common…and that these are people who have major mental disorders, many of them, and that it needs to be treated and treatment should be proceeded by appropriate recognition and mental health assessment – Dr. Krishna

The project will run for three years, in that time the UK team will visit Mysore multiple times to deliver training courses in collaboration with their overseas partners.

I think without the inputs of our Indian colleagues, this project would not have gotten off the ground. I think it is absolutely essential that you have experts on the ground to work with and collaboration is the real meaning of this project – Steve Jones

Sitting on a bench in his favourite spot next to a parade of shops and a rickshaw rank, Govindaraju talks openly about his suicide attempt, his mental health and the struggle he has had, but he is upbeat. The care that he has received from the local team in Mysore has meant that he is not one of the many who has fallen through the net, he has not been forgotten.

I come here daily and sit everyday here for around 3 to 4 hours, and I keep thinking and enjoying here. My house and business place all this can be seen from this spot. I can see where it started and where it all ended too. All this was done by me so I am confident I will do it again – Govindaraju