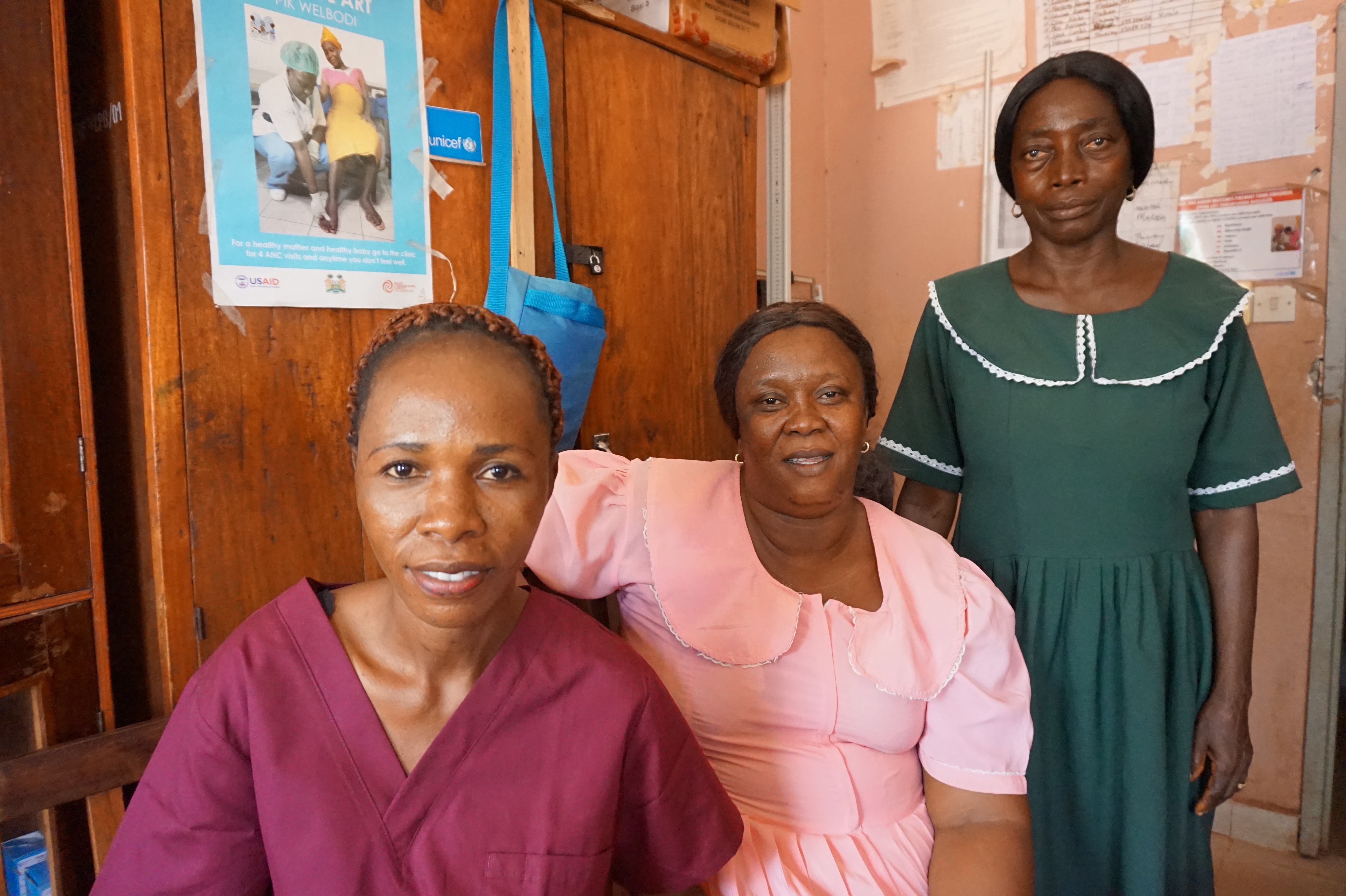 During our recent project monitoring visit to Sierra Leone, we took the opportunity to visit several of our past projects. One of the highlights of the trip was our visit to an RCPCH project which trains nurses in the delivery of ETAT+ training in paediatric triage and emergency care.

When THET first started funding the project, it focussed on training a small number of nurses based at Ola During Children’s Hospital in Freetown. Two years later, the project has been scaled up and expanded to reach thirteen hospitals scattered throughout the country. Paired with UK volunteers, six of the nurses trained during the original THET-funded project are now leading the training of other nurse trainers in their own hospitals.

The impact of the project is incredible – at Makeni Hospital mortality of children admitted has dropped from 25% at the start of the project, to just 5%. However, what struck us most, was not the dramatically improved care that patients have received, or the sheer number of nurses who have now been trained, it was the dedication and commitment of the nurses themselves.

At Makeni Hospital we met Matilda and Janet, two of the nurses who, having been trained during the original project, are now travelling throughout the north of the country training other nurses and health workers to train staff in their own hospitals. As well as having to leave their families and homes behind to carry out the training, they are doing it without being paid by the government of Sierra Leone- they are volunteers.

In Sierra Leone, in order to be paid as a nurse by the government, you need a pin number. There is no system for gaining a pin number, you just have to hope that if you work long enough and hard enough, eventually you will be recognised and given one. As a result there is no clear account of how many volunteer nurses work in the health care system in Sierra Leone. To distinguish between volunteer and salaried nurses the government issues unique six-digit pin codes for salaried nurses and provides all volunteers with the number ‘100000’ to use on health administration records . Out of the six nurse trainers on the ETAT+ project, only two of them have a pin number. The rest of them work full time, without a wage. Matilda has been working as a volunteer nurse for 7 years, and hopes that taking part in the ETAT+ training will help her to get recognised so that she can get a pin number and begin earning money for the work that she does.

Part of the reason for the failure to pay nurses is that there is no standardised training for becoming a nurse. Any nurse in the country can set up a nursing school, teaching whatever they like to whatever standard they like. This, combined with the large number of volunteer nurses who worked during the Ebola crisis, means that the government are unwilling to pay this large nursing cadre who may not have received adequate or sufficient training. The high standard of the ETAT+ training, along with the rigorous exams which go with it, has gained Ministry of Health support. After seeing the success of the ETAT+ Sierra Leone’s Chief Nursing Officer is now pushing for further training for specialist paediatric nurses, which would give them great recognition and influence within the health system.

Nurses all over the world do incredible work, but all too often, like in Sierra Leone, they are not recognised for the work that they do. Throughout our trip, we constantly heard the sentiment iterated that nurses are the backbone of the health system, that they’re the patients’ constant throughout their treatment, that they’re keeping the wards working. Matilda and Janet both iterated that they are proud of what they have achieved through the ETAT+ training programme. They are passionate about what they do and feel like they are being appreciated in their work. We hope that, through projects like the RCPCH ETAT+ project, that empower nurses and give them the training and skills to strengthen the health systems, we can help more nurses get the recognition that they deserve for the amazing work that they do.