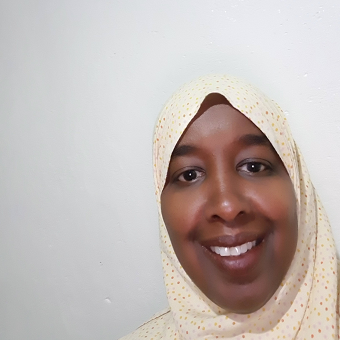 Roda Ali Ahmed, a registered nurse with over 30 years of experience as clinician and educators. She has a strong passion for health system strengthening and health workers capacity building. Roda had held many position at WHO, University of Hargeisa and president of Edna Adan University.

Roda also, participated in the establishment of Somaliland National Health Profession Commission “NHPC’ in 2010 and still services as member of the technical committee.

Roda was involved in THET and King’s support in Somaliland as early as 2001, and participated in the establishment of THET, King’s Somaliland partnership in 2004.

Currently she works as a lecturer at the University of Hargeisa.

RT @DrTedros: Health is not a luxury for the rich. It is a human right, the engine of sustainable development, and the foundation of a heal…

✅ Join Pulse to access the latest #career and #learning opportunities and join any of the dynamic groups across a… https://t.co/46AZWsnQ3O

RT @drmarionlynch: Proud to be a nurse. And so so proud to see the success of such partnership @THETlinks & what is happening across the w…